Witches & War Rigs is an adventure game in the classic old school tradition that asks "What if a classic medieval fantasy game had technology more like 1914 than 1419?" Player characters are adventurers exploring and reclaiming a lost continent filled with ancient ruins, hidden treasure, and bizarre monsters.

The sandbox setting and its monstrous inhabitants are procedurally generated as you explore the unknown. You can be a mercenary or big game hunter out to kill monsters. You can be an explorer out to map the wilderness or a prospector looking for new natural resources. You can be a scholar seeking to study the ancient ruins or catalog and name newly discovered flora and fauna. (And get XP for doing all of those things!)

The system is simple, familiar, and versatile. There are only two classes: Witch and Warrior. However, there are four spheres of magic with three paths each so a witch could be a holy priestess, an academic elementalist, a primal force of nature, or an infernal warlock who dabbles in necromancy. Be an alchemist wizard who rides a motorcycle off-road into the wilderness to collect samples of rare herbs and the glands of strange beasts.

Warriors are tough combatants with access to a variety of cool gear to face any challenge in the wilderness: machine guns, magical witchlock pistols, silver bullets, sun grenades, a truck full of ammo and hired mercs. Most importantly, warriors can wear a War Rig, a heavy suit of diesel-powered armor that can be tricked out with a load of weapons and accessories: everything a warrior needs to be an army on two legs!

Based on familiar old school game mechanics, but with some new ideas, Witches & War Rigs can be used with most classic adventure "dungeons" you may already have. (If it asks you to "make a Dex check" or "make a Con save vs poison" from a venomous "3HD monster", you can drop it into a W&W game with minimal adjustment.)

If you like exploring dungeons and fighting dragons, but wish you could shoot that dragon with a tommy gun while standing on the running boards of a moving pickup truck, this is your chance!

Color and Black & White character sheets are available with some sample characters. Print out the version you prefer. (A fillable version of the color sheet has also been provided by Mitchell Daily. Thanks, Mitchell!)

In order to download this game you must purchase it at or above the minimum price of $15 USD. You will get access to the following files:

This is such a fun concept and game! I had a question about skills. My initial thought about skills was to just use Vocations as a means to measure character talent. If you have the Gambler Vocation and aren't under pressure, you auto succeed at most tasks a Gambler would make, gaining advantage to other checks if it's something more challenging that I has a chance of failure.

But I keep seeing references to skills and wondered if it is a hold over from an earlier draft OR if that's one of the items you recommend people house rule/fill in themselves. For example, in the extras table you have both Jack of All Trades (Gain another vocation) and Handy (Choose an extra technical/craft skill). Did I miss something or should I just remove Handy?

I'm a big proponent of saying "you succeed without a roll because you have relevant expertise and there's no serious pressure", so that's a good move.

Handy is basically a more limited version of Jack of All Trades. Handy lets you add another practical skill in which you use your hands (mechanic, carpenter, etc), but Jack would let you add any vocation. Jack is an opportunity to have your armored juggernaut warrior say "Yes, I've read a book or two. Before I joined the army, I actually went to medical school."

Thank you for the quick reply! I may swap out handy for something else in my home game, depending on how my players react. Can't wait to see what other wonderful items you release in the future. One last question: I love the Witchlocks as a concept and would love to look at inspiration for other unique ideas. Do you have any particular mechanics/items you would recommend porting over to the game from other systems?

Any chance this will be available in print somewhere, anywhere?

Eventually. I'm looking into various options now. The layout will need to be redone to adjust the colors and ink coverage values for print.

I am extremely excited to play this! I have a question w/r/t fuel for Rigs; specifically, do they require fuel in the same way as the vehicles in the tables on pp51-52? Or is this explained somewhere in the book and I'm just bad at reading? I noticed there's a reference to a Rig using fuel on the Valyri Göth character sheet but couldn't find any specifics in the book. Thanks!

There's nothing wrong with your reading skills. In an older version of the layout, the war rigs were on the vehicle chart but I moved them to the armor section to emphasize that it's a suit that you wear and not a vehicle that you drive. Learning to move and fight normally in a rig is more a matter of athletic adjustment than learning a piloting skill.

I'll be fixing some errata and uploading a corrected version of the book soon. Standard rigs have a fuel tank that holds 12 slots of fuel, like the ruggedized motorcycle. The Warrior starting packages should also state that any vehicles or rigs start with half a tank. The vehicles & travel section on page 52 still includes the fuel expenditure of rigs: they're very efficient, but don't carry much with them. If you have a player that likes to count all the copper pieces, they can have some logistical fun in figuring out when it's better to make the war rigs walk or ride in the back of a truck.

The "cargo box" war rig mod is big enough to hold a 5-gallon jerry can and I would allow a player to use it as an extended fuel tank by doubling the cost to account for extra fuel lines and such. (Or they could just keep a jerry can in there and get out of the rig to refuel.)

I absolutely love this game so far.  Any chance we could get a character sheet for it?

Also - any advice for how to do contested rolls?  If your players are trying to to sneak up on an NPC, do you just assign it an arbitrary difficulty raiting?

There usually aren't contested rolls. Instead of "PC rolls to sneak and tries to do better than the NPC roll to spot", it's just "PC rolls to see if they can sneak past a guard".

It's up to you if you want to add extra difficulty modifiers to the PC roll. Outside of combat, I usually just use 5 difficulty levels:

For sneaking specifically, some people might ask "Shouldn't it be harder to sneak up on soldiers who are on guard duty than just a normal person?" My reply is sneaking past guards is the normal use case for sneaking, so it's just a normal roll with advantage or disadvantage for anything really unusual.

Disadvantages would be things such as a monster with unusually keen senses or guards after an alarm has been raised so they're actively looking for you. I don't worry too much about the difference in difficulty of sneaking up on NPCs with Wisdom 11 vs 14. If you want difficulty ratings, you could just use NPC Ability -10 as the difficulty (so you would need a successful roll higher than 4 to sneak past the Guard with a 14).

For advantages, I like to leave it up to the players to think of ways to tip things in their favor. Some things I've seen include timing the guard patrols to pick the best moment to run for the fence instead of just trying to jump from shadow to shadow like a ninja, throwing meat as a distraction for guard animals, and using a slingshot to throw a pebble to make a noise for guards to investigate "over there".

Very well put.  Thank you for the feedback!

Any word on if we'll get a character sheet?

Sorry to leave you hanging. I thought I replied to this already. I'm working on putting together a sheet right now. I hope to have it up by this weekend, but I can't promise anything because I'm juggling several different things at once right now. 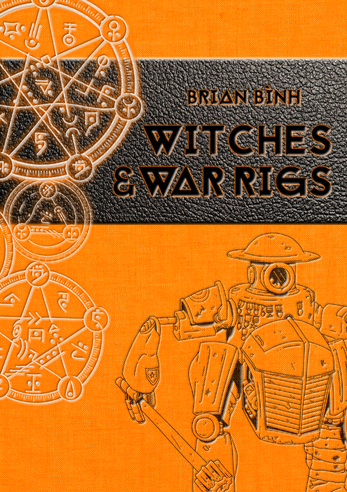 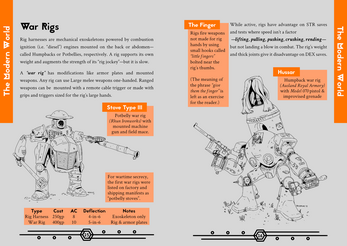 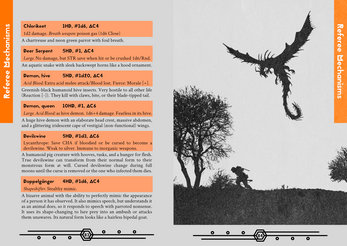 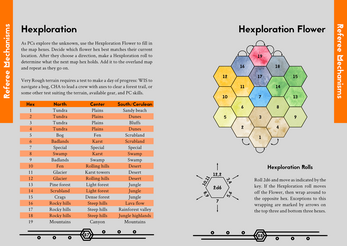